I've finally gotten around to porting one module to gnome-doc-utils (Shaun's awesome build system for documentation). The chosen module was (surprisingly) gnome-hello. I haven't committed anything yet, but I've generated a tarball (with Serbian documentation as well — figures are not yet installed due to bug in gnome-doc-utils; copy them over manually for now).

I've also posted a preliminary instructions for gdu-enabling your modules (there're also some missing features from gnome-doc-utils, which are described there as well). Until all of this is committed (updates to gnome-doc-utils, gnome-hello), you can follow these manual steps to enable documentation translation with PO files for any of your modules.

When gdu-enabled, your translators will need only to put translated .PO file into help/LANG/LANG.po.

And for those unaware, this process has a new name as well:

Mariano: Sadly, I do not even know anyone who speaks Quechua, but I am sure someone does, and there must be a rather important Quechua community, for otherwise Microsoft would not mind doing a translation, so I am sure there must be people who both speak Quechua and are willing to work on translating GNOME...

Coincidentally (or not?), someone sent a mail about starting Quechua team to gnome-i18n list just yesterday. Guess you'd like to know about it.

We at the GTP always hope that means another supported language in Gnome :)

I just got my hands on Philips HDD100 MP3 player: 15GB MP3 player with support for MP3 and WMV formats (not that I would ever use the latter). If it was me, I'd never get myself a player which doesn't support Ogg (OTOH, $180 for 15GB USB drive is not that bad either :), but this one is my sister's :-) I just get to use it from time to time, and removeable storage is what I never refuse. 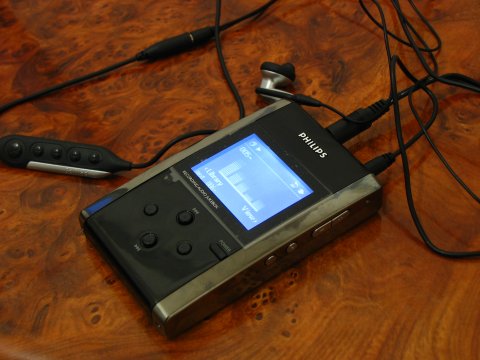 It's "usb-storage" compatible, so one can just plug it into any sufficiently new GNU/Linux system, and get access to another disk. So I did, and copied a few songs, but it turns out it requires proprietary database in order to read files (it doesn't read the directories themselves).

After some Googling, I couldn't find any existing software to create these databases, but I found just what I needed: technical specifications. This means that I don't have to do any reverse-engineering of databases, so it took mere 1-2 hours to write a Python program to create suitable databases (I first started writing it in C, but then I though, what the heck, it'd be faster and easier to do it in Python, though I never handled binary records using Python, which turned out to be very easy :).

So, if you've got this player and want to use it without using Windows, grab create-index.py, put it in your path, chmod +x it, mount the player, and run the program. If that's a bit too much, here's how I do it:

It's certainly very buggy currently. You'd also need ID3 module installed (official web page is at id3-py.sf.net). Many features are currently missing (such as playlists). Any patches and improvements are welcome :-)

Although Philips' original software renames files to very short names, it's possible to use longer names if you modify some header fields, and that's what I do (and it works mostly :). SolonWeb, otoh, claims that it doesn't work correctly, so I just say: it works for me.

Note that Philips firmware is not what you'd call great: it occasionally freezes, and you have to resort to hardware reset: press volume up (on the right side of the player) and up arrow (previous track button on the player) for around 4 seconds to shut it down.

Hope this helps anyone in trying to use Philips HDD100 15GB MP3 player on some of GNU/Linux, FreeBSD, or any other free system. At least for playing music, since external hard drive features work out of the box.

With long essays mourning over USA election results on Planet Gnome, I like the reaction of FontForge author best: short and unambigous.

Good luck with your efforts, George (Williams, not Bush you crazy men). ;-)